The Death of Email Marketing (and Other Lies you Read Online)

What’s the number one rule of living in the digital age? Don’t believe everything you read on the internet; that isn’t to say don’t believe anything you read on the internet, just don’t believe it all. To succeed in the social media, you have to take it all with the grain of salt. People have been telling lies for centuries (I’m looking at you, Pinocchio), so why would they stop now? The only difference is that now when someone tells a lie, it can reach someone halfway across the world in a matter of mere seconds—good news travels fast, but fake news travels even faster.

Do yourself (and your social media game) a favor and educate yourself on the following lies and myths buzzing around the internet: This is one of those “the sky is falling” kind of claims that is based out of fear rather than fact. Rest assured that Email marketing is alive and well.

There are more registered email accounts than ever before, which means more emails are being sent every day.

Email still proves to be more successful at acquiring new customers than Facebook and Twitter—but in order to use this to your advantage you have to know why. Most customers that sign up for promotional emails aren’t doing so because they already love the company, instead they sign up because they love discounts! So give the people what they want and make sure your marketing emails contain a healthy mix of discounts and promotions. I’m going to make a bold statement and blame this one on Twitter—just because we can only tweet 140 characters doesn’t mean we can’t also read more than 500 words. We’ve come to believe that people today have the attention span of 3 year olds, and thus we must cater to that by cramming all information, entertainment and take away value into one very short (and very hard to digest) post or else they will give up halfway through and throw their hands up defeat at the horror of a 1,500 word article. And certainly don’t look them in the eye. If you don’t see them, they can’t see you, and then nobody can see them. Right? Wrong. Ignoring competitors won’t make them go away, and while it can hurt to admit it, sometimes competitors have really great content. Sharing valuable content from a competitor can actually help to establish trust with your audience—showing that you are dedicated to bringing them the best information out there regardless of the source.

This also can help you get into the habit of keeping a healthy watch on your competitors. That isn’t to say you should be looking for them to mess up, but rather look at them as a thought leader within your industry that can help to keep you on your toes. Once you begin sharing their content, it gives them the go ahead to share your compositions as well—and there’s nothing bad about that! 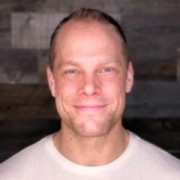